Some companies are built for the ages and Exxon Mobil (NYSE: XOM) is, for sure, one of them. The company has managed to do a couple of things that most businesses in general and oil companies in particular find it very difficult to achieve in the stock market context.

First, it has battled oil price volatility much better than most of its competition. Second, and importantly for value and long-term investors, it has managed to increase dividend for over three decades now. Now that oil has shown a, generally, downward trend for the last three months, XOM has still been relatively slow to respond to volatility. And even though it fell over the last month from $83 to $80, it looks like it’s beginning to trend up again. Let’s look at a couple of datapoints to see what to expect.

Wall Street is still relatively bullish. At around 50%, the Confidence Meter, while not saying much, still shows stability and is probably more of an indication that general positivity may already be priced in. The consensus target price from analysts, though, is pointing towards a further increase in price so it’s probably a good idea to watch a little longer to see which direction the price goes in.

Two other interesting indicators are definitely trending up. Social Media Pulse and Revenue Prediction. Social Media Pulse being high points at increasing interest in the stock, so you may not be the only investor excited by the prospect of XOM, so it’s probably a good thing. But the revenue and EPS prediction indicators being positive is always a great sign. More on that below. 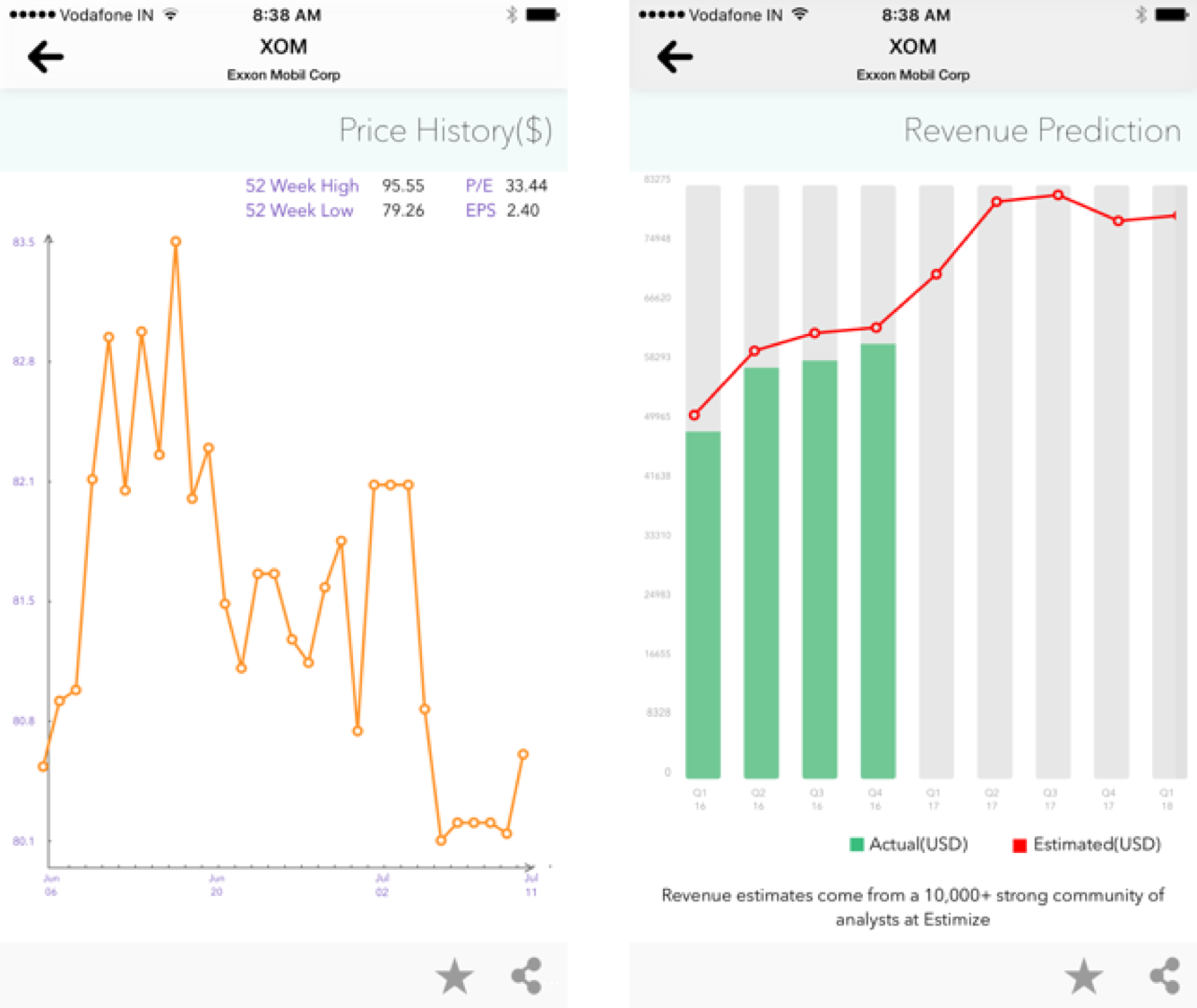 Two nice charts. While the XOM stock price seems to be moving back up in this highly zoomed-in chart, revenue prediction is the one to watch for long term investors. While analysts in general seem long-term bullish (and have always been, it seems, looking at the revenue predictions in the past quarters), the revenue trend has been quite consistent with the predictions. If you’re looking for dividend earnings or long-term investing, this should make Exxon Mobil interesting enough for a place in your watchlist.

When Everything Goes Right, It’s Too Late To Invest

eBay Stock Down On Muted Forecast